If you’re a local in Malaysia then you would have heard about infamous Pulau Perhentian in Terengganu at some point or the other. However, that state is home to another breathtakingly beautiful beach destination known as Pulau Kapas. In fact, the island is actually closer to Kuala Lumpur than Pulau Perhentian yet has remained under the radar for some reason, mainly frequented by Europeans. So here I am, about to delightfully divulge details for my fellow locals on:

What To Expect: When my friends and I initially arrived, after a 15 minute journey via boat from the jetty, the water was already impressive but as the day progressed, the clouds cleared and in turn, the water cleared. This resulted in an opalescent ocean over and over again catching my eye with its glimmer. That being said, ensure you visit during a non-monsoon period or stay on the island for several days in order to be able to appreciate Pulau Kapas at its best; I’m not kidding, with each day that passed the water became more beckoning than the last. Pictured below is an unfiltered photo of the ocean at Pulau Kapas.

Our accommodation of choice was Kapas Beach Chalet 2 (KBC2), which is directly opposite the beach, as in literal steps from. Relatively new to Pulau Kapas, especially when compared to the other aged accommodations, the hotel is managed by a European, Hans Keune, whom bookings are made via. As several of my friends joined, I managed to sample three other rooms so can confidently say that each was outfitted minimally yet with touches of local art, such as colorful local masks and kites. In general, KBC2 has a rustic atmosphere, especially when considering the lack of WiFi, the extensive (mini) library, the (free) traditional games (such as jenga), and overall decorations. Fret not, though, cause air-conditioned rooms are available and work perfectly! We also really enjoyed the extensive food menu and the music, curated by the welcoming staff. As we arrived on a Friday, we even managed to devour the barbecue buffet, which costed just 45 MYR. If you’re vegetarian, as I am, you’ll be pleased to know that there are many affordable, and most importantly, delicious vegetarian options available at KBC2. If you’re intrigued and would like to make inquiries, Keune can be contacted via WhatsApp at +60193435606. 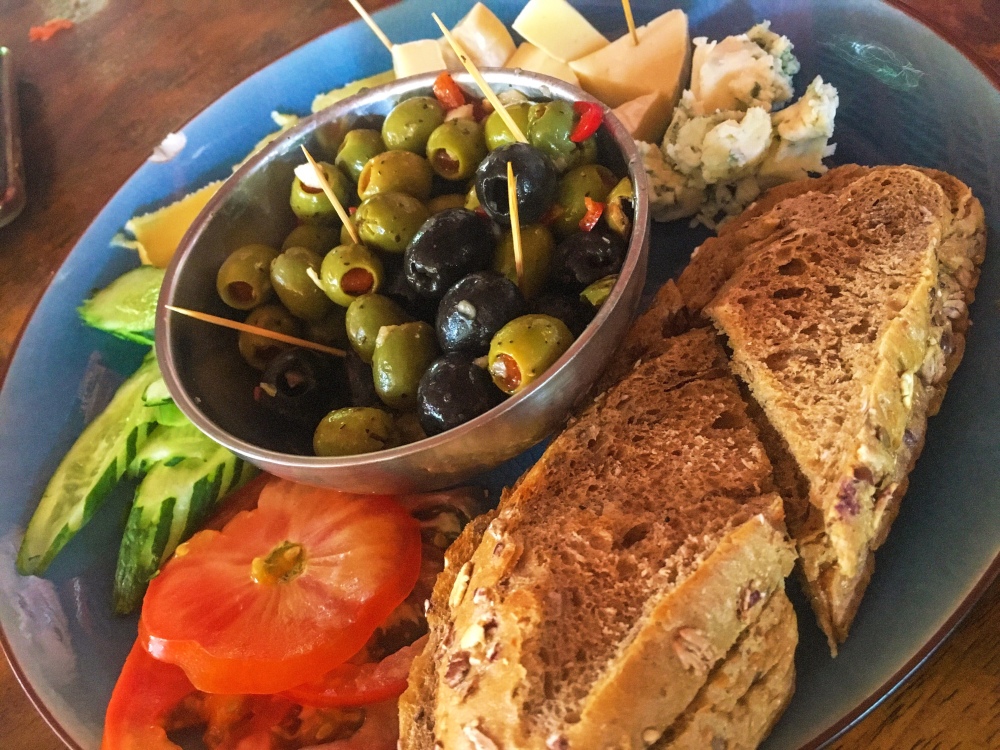 Additional Information: Parking is available at Marang jetty – for four days, three nights it costed under 20 MYR. That aside, before arriving on the island, prepare physical cash as there is not even one ATM on Pulau Kapas. WiFi is also scarce so if you’re a backpacker, I’d recommend purchasing a local SIM card beforehand. As for alcohol, another scarce commodity, beer is available only from Koko Restaurant for 12 MYR per can.

Snorkeling around Pulau Kapas is ridiculous cheap, costing just 25 MYR per person, with the two hour trip including two spots. You can snatch this bargain either at Kapas Coral Beach Resort or from Koko Restaurant. If you prefer snorkeling privately at your own pace then you should do so along the private stretch of beach belonging to Qimi Chalet as the marine life there is superb! 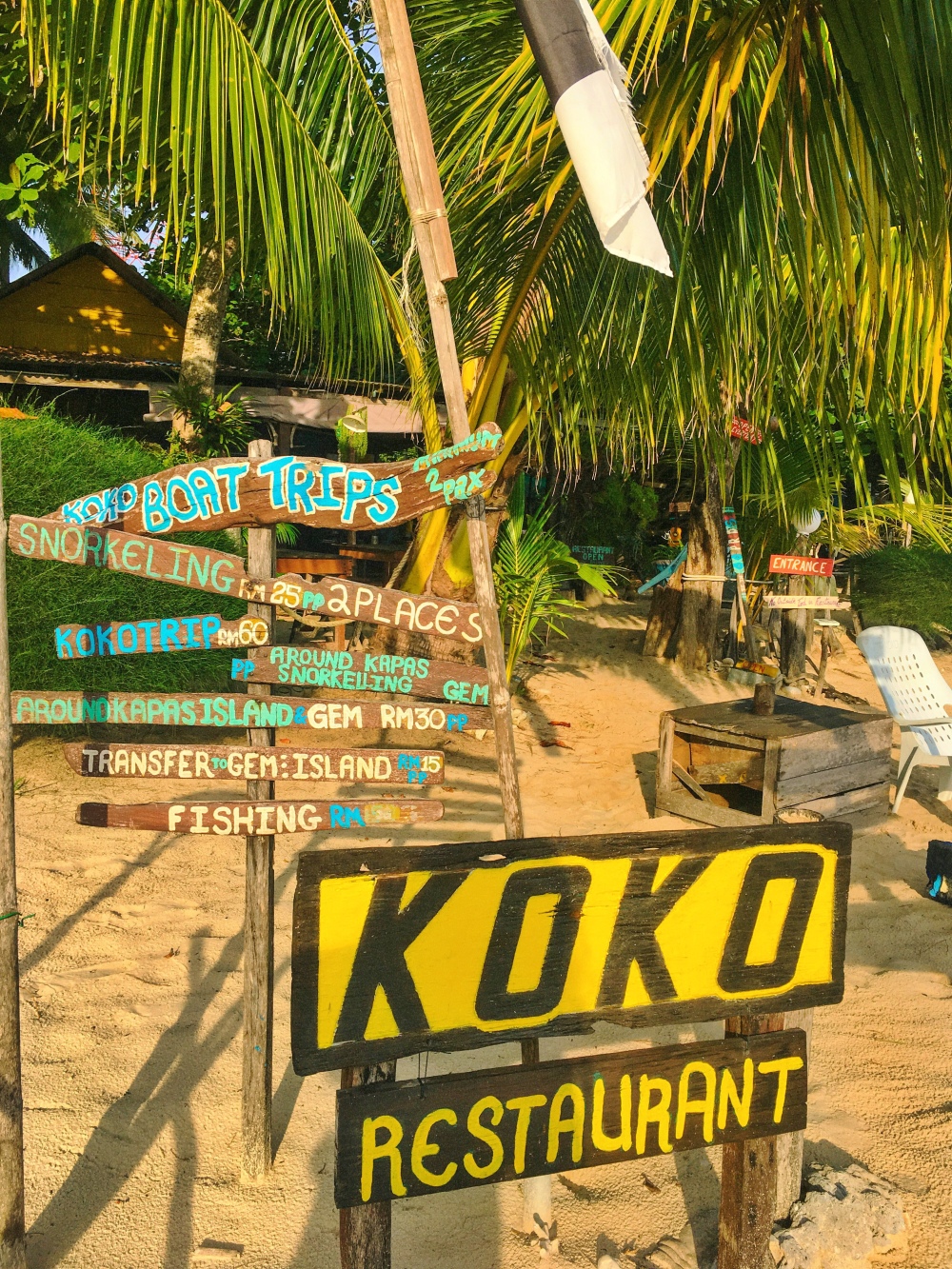 Other Recommendations: If you enjoy hiking then you’d be happy to hear about Berakit Trail, which leads to a bay – apparently before the bay there is an area where you can cliff dive but my boyfriend and I couldn’t find it. In order to reach the start of the trail, walk towards Captain Longhouse then ascend the stairs as if to Kapas Turtle Valley but just before the descend to the resort, turn left where the start sign is. During the 1.2 k/m stretch to the bay, continuously follow the white rope but prepare to also use your instinct as at some parts the rope disappears momentarily due to monsoon wreckage. I was informed beforehand by the friendly female staff at KBC2 that once at the bay, there’s an alternate route to return. However, again due to monsoon wreckage, that alternate route was hard to navigate – we attempted to but as the sun had just set, we decided to return safely via the same route we entered. Pictured below is a view from the bay.

“When the morning gathers the rainbow, want you to know I’m a rainbow too” Bob Marley