I was in dire need of nature as a reprieve from the mundane 9-6 so after (kinda) quick research, decided to visit Bukit Gasing in Petaling Jaya for a relaxing hike. I had set my intention on discovering the infamous suspension bridge within Bukit Gasing but although we didn’t manage to find the bridge, we were pleasantly surprised at what we did find. On a side note: this was my first barefoot hike and I loved every moment except for the unfortunate litter of glass shards from broken alcohol bottles (of which there were many, sadly).

Yes, we discovered an abandoned Indian temple at the peak of Bukit Gasing, which we reached by turning right at the fork in the road near the entrance then continuously ascending. The compound was surrounded by high walls, which were decorated with a symbolic snake (Naga) wrapping around the complex, but just as we were nearing the entrance of the temple, a police car with flashing lights appeared so we decided to stay hidden and gradually leave. There are also many unfinished pillars which can be used to admire the view from – I attempted this despite my fear in heights and as expected, had problems developing the courage to jump off the pillar but after soaking in the view and some contemplation, managed a smooth jump off the pillar.

There was an intense fire burning away, which was worrisome to witness. Besides that, the peak also has several telecommunication towers and the spot pictured below is below those towers. I decided to climb the beam but made the mistake of looking down, which made me freak out (again) but luckily I was nearing the crossover. I’ll definitely hike Bukit Gasing again to find that suspension bridge but this surprise (and a small waterfall filled with fishes) was well appreciated. 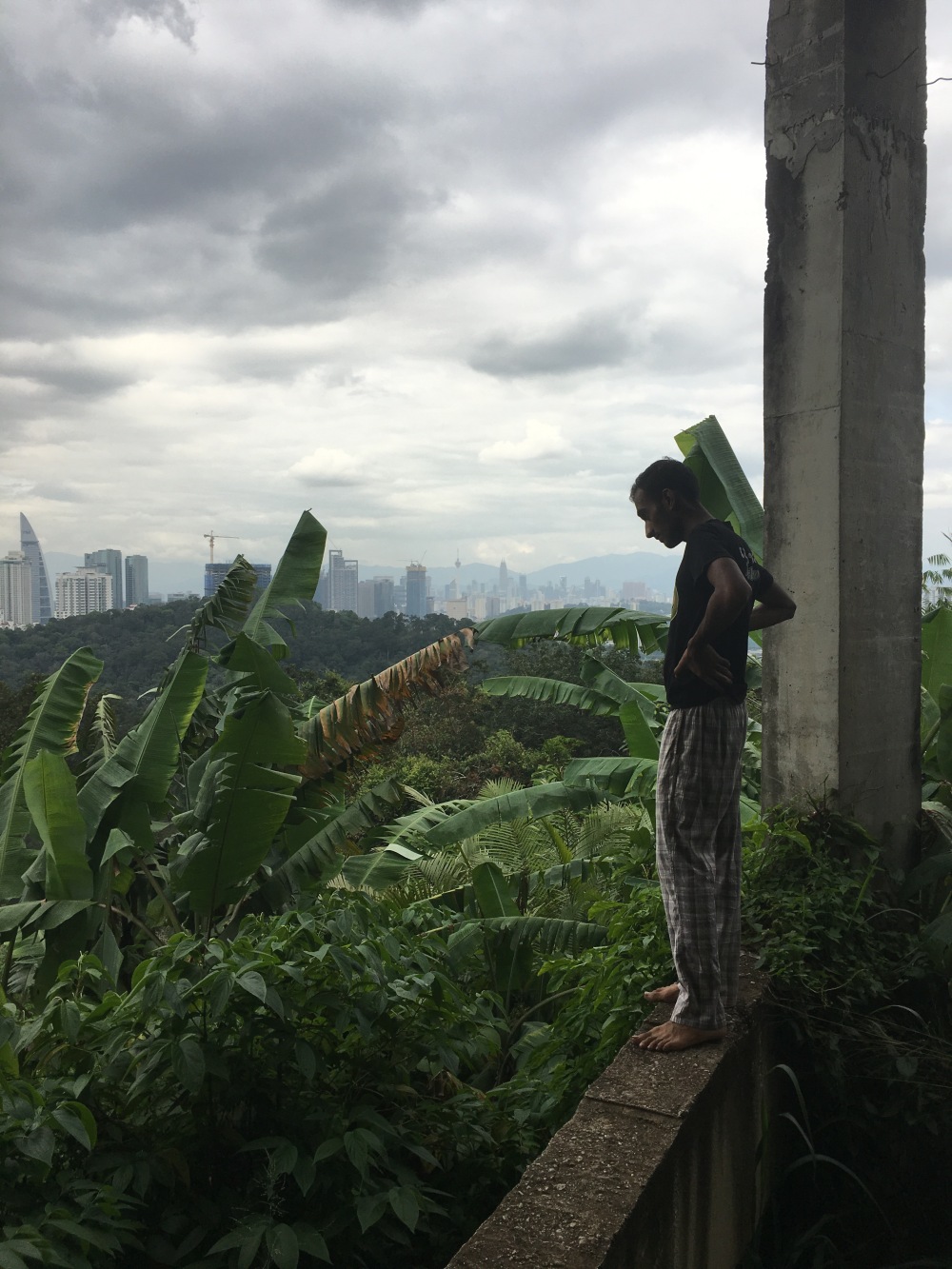 “Look deep into nature and then you will understand everything better.” Albert Einstein