How To Get There: Fly to Silangit Airport and from Silangit Airport, head towards Tiga Raja Harbour in Parapat via transportation of choice. My boyfriend and I opted for a shared mini-van which costed 100,000 IDR (7 Eur) per person, with four people in total and air-conditioning included – a bargain, in our opinion. The duration to the harbour varied, initially lasting slightly over 2.5 hours but upon returning, lasting just under 1.5 hours. From the harbour, it’s a half an hour ride across the water to your preferred drop off. Pictured below is the scenery from the harbour on Samosir Island. 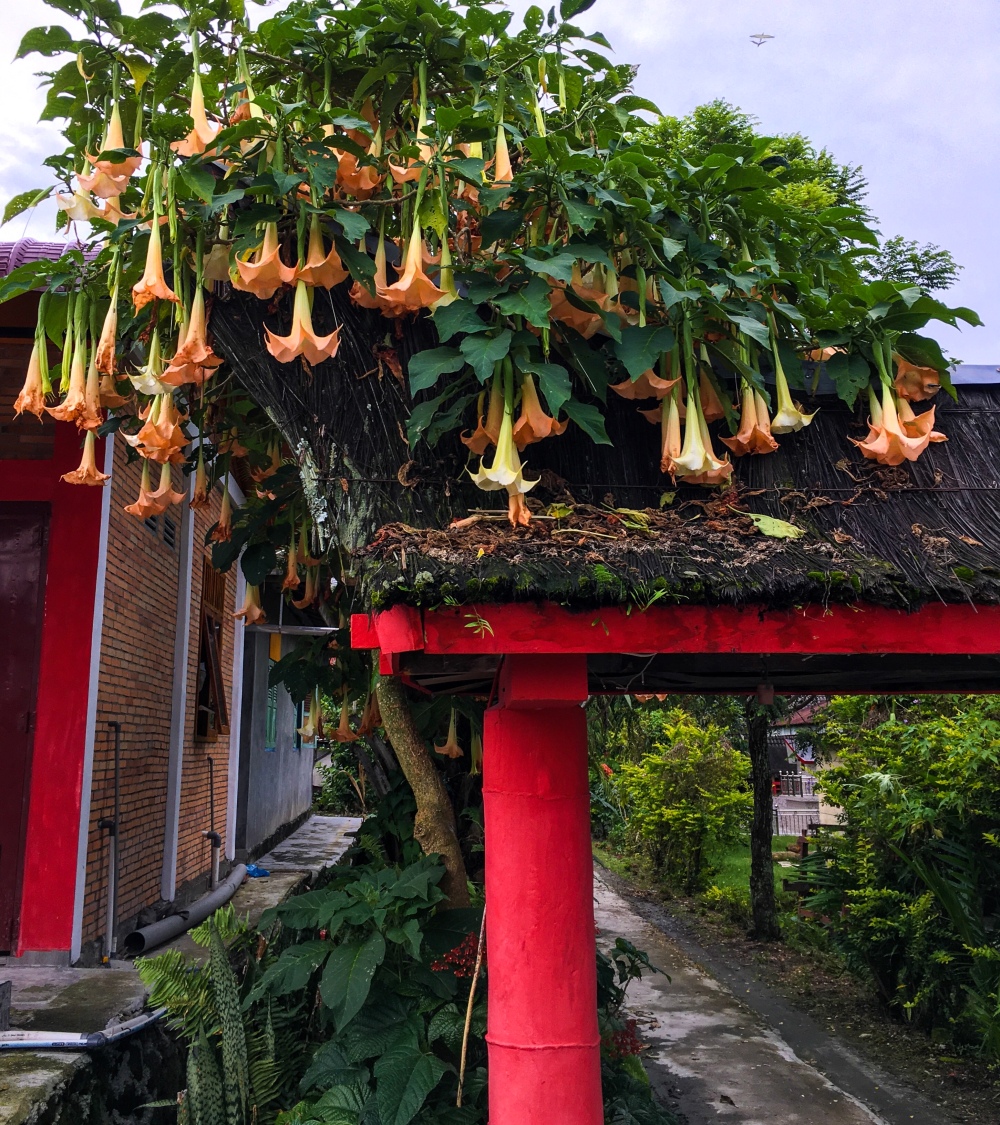 What To Expect: Traditional wooden houses with sharp angles juxtaposed against low-rise concrete buildings nestled amidst shades of green is what you can expect whilst exploring Samosir Island. Surrounded by cocoa trees and trumpet flowers, the island is perfect for nature lovers – even more so for those that enjoy secluded getaways as tourists sparsely litter the land. Samosir Island is reminiscent of Hawaii but of course, with an oriental twist as the local language plays in the background while the eccentric carvings of the Batak peek through the green.

The Batak are the OGs, as my fellow millennials would say, and their traditional art is psychedelic in its endless spirals and repeating patterns. Scattered throughout Samosir Island are quaint statues of various make, equally mind bending in terms of history as the statues resemble those in New Zealand and Easter Island (history nerds where you at?). Nearby Tuk Tuk, the main area on Samosir Island for tourists, is Ambarita and Simanindo, both home to Batak history. In fact, Museum Hutan Bolon in Simanindo preserves its history through interactions with guests as there are traditional Batak dance performances daily at 10.30 and 11.45 (if I recall correctly). The Batak tribe is also known for its circle of (stone) chairs in Ambarita which is where the King decided who deserved the statement, “Off With Their Heads!”.

Additional Information: As mentioned, searching for information on Samosir Island was difficult and confusing as even though Samosir Island is in Lake Toba, many websites recommend accommodation or activities outside of Samosir Island. So a precautionary note: ensure that the address of your accommodation states Samosir Island. My boyfriend and I enjoyed Tuk Tuk, especially because of the unmissable waterfall taller than any building around the island. We had planned to hike here and waterfall there then hot-spring here and eat there but turned out most of what I wanted to experience was outside of Samosir Island. If you have more time then it’s definitely doable as the island is actually connected to the mainland via a bridge. Unfortunately, we only visited for 4D3Ns and the fourth day was spent returning home.

We did manage to hike to (almost) the peak of the eye catching waterfall (pictured above). Surprisingly, the ascend was just over an hour but it included narrow pathways on the edge of the mountain and climbing rocks overgrown with moss. If you’re a thrill seeker it’s a real adventure, even with a guide – which I highly recommend as our guide had to reroute several times due to obstructions, such as fallen trunks, along the original pathway. If you’re more of a culture vulture then know that the journey starts in a local village that’s ideal for a stroll. 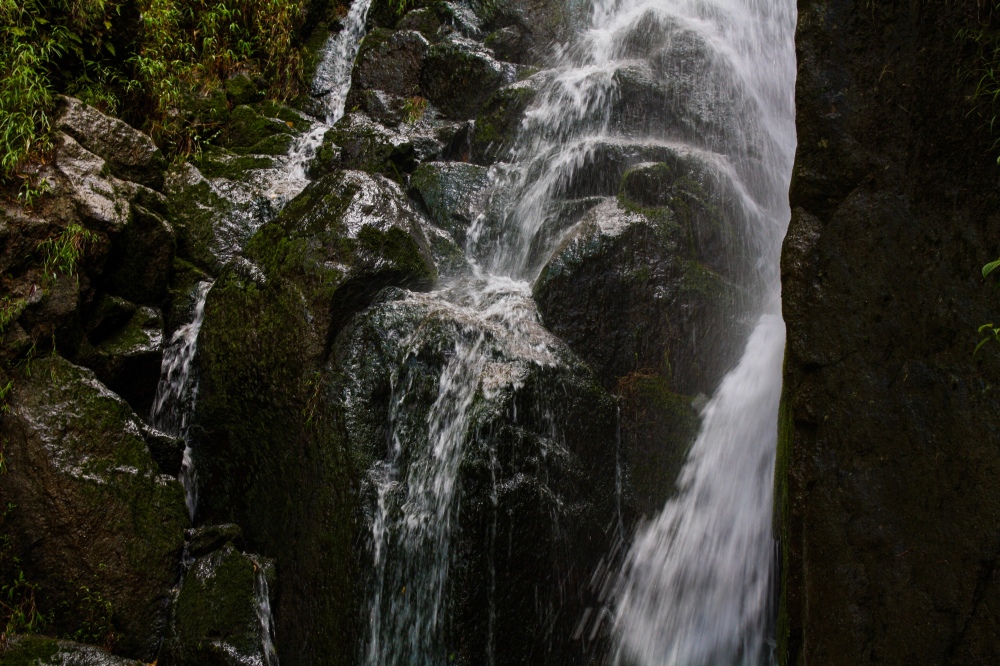 Price: Dependent on your travel style and interests – the island caters to low and high budgets in relation to accommodation and activities. As Samosir Island is about the size of Singapore, travelling via private transport (700,000 IDR for numerous sights) or motorcycle is recommend (100,000 IDR per day) so do include that cost into your budget.

Other Recommendations: For those with a plant-based diet, fret not! Literally every restaurant serves rice or noodles and local vegetables. Situated outside of Tuk Tuk and closer to Ambarita is Borobudur Restaurant which is an aesthetic vegetarian haven hugging the lake – talk about ticking all the boxes. Personally, I like sampling local cuisine as to understand the local palate, and even history, so I was happy that instead of mainstream vegetarian dishes (aka brunch food) there were also traditional dishes available. My boyfriend and I devoured the vegetarian lodeh and vegetarian rendang, respectively (pictured below).

“Every dreamer knows that it is entirely possible to be homesick for a place you’ve never been to, perhaps more homesick than for familiar ground.” Judith Thurman